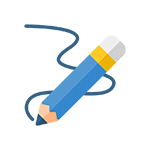 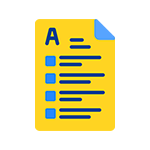 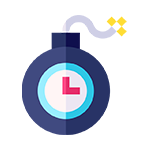 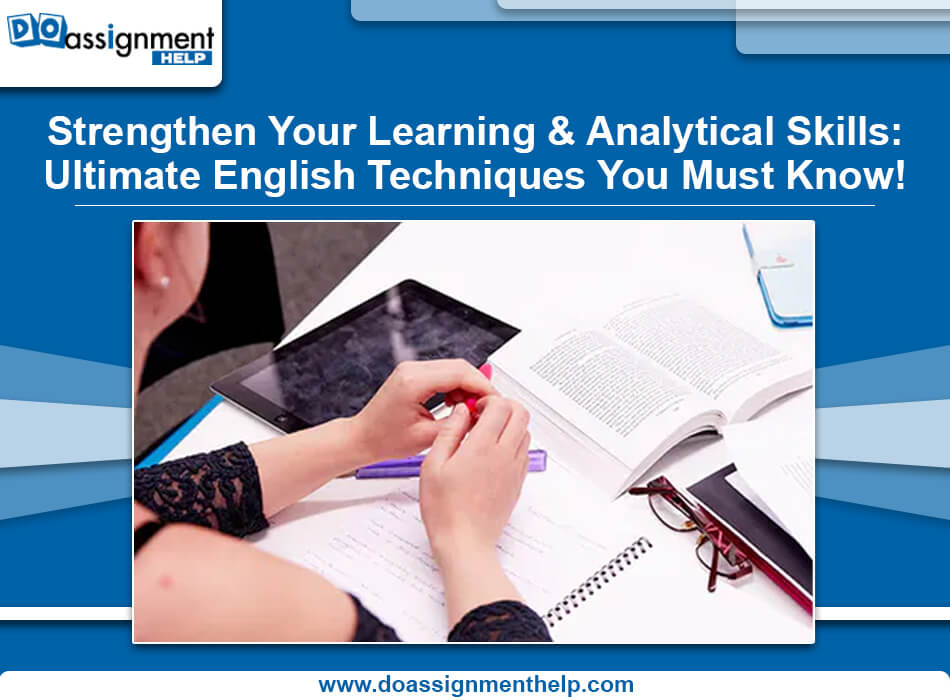 English is a global language that breaks the communication barriers among people from all communities. Thus, it has become an absolutely essential aspect for both, formal and informal interactions. Being a broad language, English consists of many different features and literary elements. Therefore, learning English techniques would help you understand the language thoroughly.

Once you get a fair understanding of these techniques, you can use them to assess other writers’ work. It further helps in clarifying the concepts, developing a fine grip over them, and learning the right ways to implement these strategies into action.

In this post, we will be discussing various English techniques from deep within. So, keep reading to explore the feasible ways to make your writing more interesting.

What Are The English Techniques?

Techniques that provide an artistic element to a text, and increase its meaning- are called English techniques. The primary purpose of these strategies is to highlight or convey the meaning of something specific.

So, What Are The English Techniques Meant For?

You must be wondering about the purpose of English language techniques! Well, you are not all. So, let us begin with clearly stating that for you.

Revamp Your Knowledge with These English Techniques 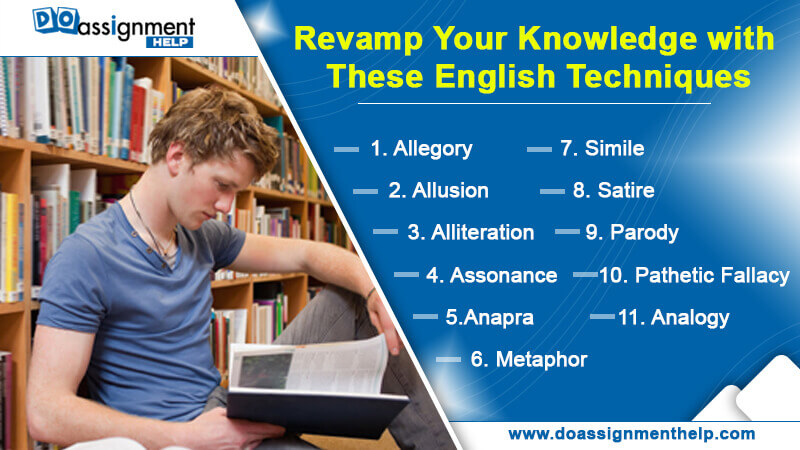 English Techniques comprise the literary elements and figures of speech that basically convey the hidden meaning or message behind a text. The language experts have devised many different ways to enrich a text through tactful efforts.

So, get ready to check out some of the most common techniques that will come in handy for you!

A piece of text (poem, story, or picture), that can be interpreted in a way quite different from its literal meaning. This one is a common concept when it comes to discussions related to politics or morals.

Example: The novel titled “Animal Farm” by George Orwell is an excellent example of allegory technique. It is based on communism. The concept is pretty interesting as the animals are a depiction of the members of the communist society.

An allusion is a passing or indirect or subtle reference. It could be related to a person, place, an event, or simply anything with an intent. Writers, majorly authors, adopt allusion while describing culture, literature, history, and politics.

Example: Let us take an example of mythological illusion. In Harry Potter, Remus Lupin is called Remus. The inspiration was taken from “Remus and Romulus” from Greek Mythology. They were twins who were raised by a wolf.

When consonants appear repeatedly at the beginning of the successively arranged words or within the phrases or sentences to maintain a rhythmic sense, is called alliteration.

Example: She sells seashells by the seashore.

The repetition of vowel sounds within a phrase or a sentence is called assonance. It could occur anytime; either in the beginning or in between a sentence. You can spot this technique in poetry.

Example: “O Romeo, Romeo, wherefore art thou Romeo?” from Romeo and Juliet by William Shakespeare is a popular example of assonance.

The repetition of a phrase or word at the beginning of various sentences. The writers and orators find anaphora highly useful for enhancing the emphasis of their words or messages.

Example: Here is an excellent example of anaphora from London by William Blake:

“In every cry of every man,

Every infant’s cry of fear,

In every voice, in every ban”

You must be familiar with Metaphors. It is a common English technique highly utilized by the writers and authors while working on the literature of poems.

Basically, metaphor describes the comparison between two distinctive things. The idea is to identify the similarities between the objects in the picture since one phrase or word is replaced by another one.

Example: Mary’s voice is music to my ears.

When Mary talks, she doesn’t really sing. However, the metaphor is trying to indicate that Mary’s voice is quite pleasant. This comparison of her voice with the music is a perfect example of a metaphor.

The figure of speech (FOS) that draws the comparison of one thing with another one of an absolutely different kind- is called a simile. Authors and poets use this expression to bring a sense of clarity to their write-ups.

Further, it makes the description more vivid. It is an English technique that involved word usage such as “than”, “like”, or “as”.

Example: “The job is as easy as shooting a fish in a barrel”.

Or, “After I reached home, I slept like a baby”.

The comedic mockery of a person’s shortcomings or flaws in order to bring attention to a particular issue is called satire. A satire is often accompanied by a call to action for bringing social change. Hence, this technique is best suited for discussing social and political issues.

Example: Have you ever watched “Saturday Night Live”? The show is a perfect example of a satirical take. In the show, participants dress up as political leaders and present a mockery of their behavior as well as speech patterns. It is a light-hearted critical show.

It is an English technique where a text imitates the style of another text. However, certain details had changed in a way that adds a touch of humour within the sentence. This approach further gathers the attention towards its absurdness.

Example: In the book, “Pride and Prejudice and Zombies”, zombies enter the world of Jane Austen.

You should not confuse between a satire and a parody! Satire follows a critical approach, whereas a parody is meant to make the audience laugh.

Pathetic fallacy is the technique of giving emotions to anything non-human that exists in nature. We should look at it more like a personification which is mostly spotted in poetic texts.

We can apply pathetic fallacy to weather patterns, animals, nature, and more.

Example: Here is an excerpt from William Wordsworth’s poem, “I Wandered Lonely As A Cloud”:

“I wandered lonely as a cloud

That floats on high o’er vales and hills,”

The poet is referring to his personal state by describing the clouds as lonely.

In this English technique, two similar concepts are utilized to develop a relationship. Further, it can be used to draw comparisons between them.

An analogy also helps in stating a similar viewpoint. Further, it might utilize one idea to express another one. An analogy often uses “is to” in the phrase.

Example: A sword is to a warrior as a pen is to a writer.

One of the best English techniques is preparing a list of vocabulary. English has a never-ending list of words. You might not be familiar with all of them. So, what can be do?

Here is a way! As you start out with reading a fresh text, go through it properly and find out the words new to you. Then, create a list of all these words along with their definitions.

What do you need to look for?

2. Defining Every Word Is Not Necessary

We do not mean that you have to scan through the text to pick out each and every new term. If you take up the task of defining every single word then that may consume all your time and would disturb your focus from the primary text itself.

Instead, a smart way to deal with this issue would be deriving the context of the term as per the content.

Isn’t this tip useful? If you follow the English techniques, everything becomes quite simple and easier.

A sentence can provide a fresh context to words. This approach basically means, a word often gets meaning through words surrounding it. Hence, an intelligent way to figure out the true meaning of a word is by looking closely at the words that come before or after it.

4. Divide A Lengthy Sentence Into Chunks

You would be excited to apply your new knowledge to crafting sentences. While working on it you would realize that some of the sentences have a complicated structure or they are wordy.

Hence, the best approach would be to break down everything in a simplified way.

This is one of the most popular English techniques that experts swear by! When you separate a complete sentence into multiple sentences, it just becomes way more useful. How to achieve that? You can use commas or different thoughts and ideas to create a sense of separation.

5. Seek For Related Ideas and Words

It is important to craft meaningful sentences. However, you must ensure that all the sentences lead to a meaningful outcome when brought together.

Simply look up the related ideas and words. Then, you need to ensure that they come up well. You may seek words and phrases repeating in the sentences.

Do you struggle with understanding these concepts? The professional assignment help specialists can assist you with it.

6. Reading and Summarizing Everything

If you understand the sentences and the words well, that is not all. It is crucial to know how to summarize everything. For that, you need to go through everything and rasp the context from the core. Further, describe all the key points as well as ideas in your words.

English techniques are basically literary techniques that help in introducing a fun factor to any write-up. It further improves the influential aspect of content and makes it look more interesting to the readers. The best way to improve your writing is by developing the habit to read.

We hope you found our blog useful and got to learn about many different ways to improve your writing and learning process.